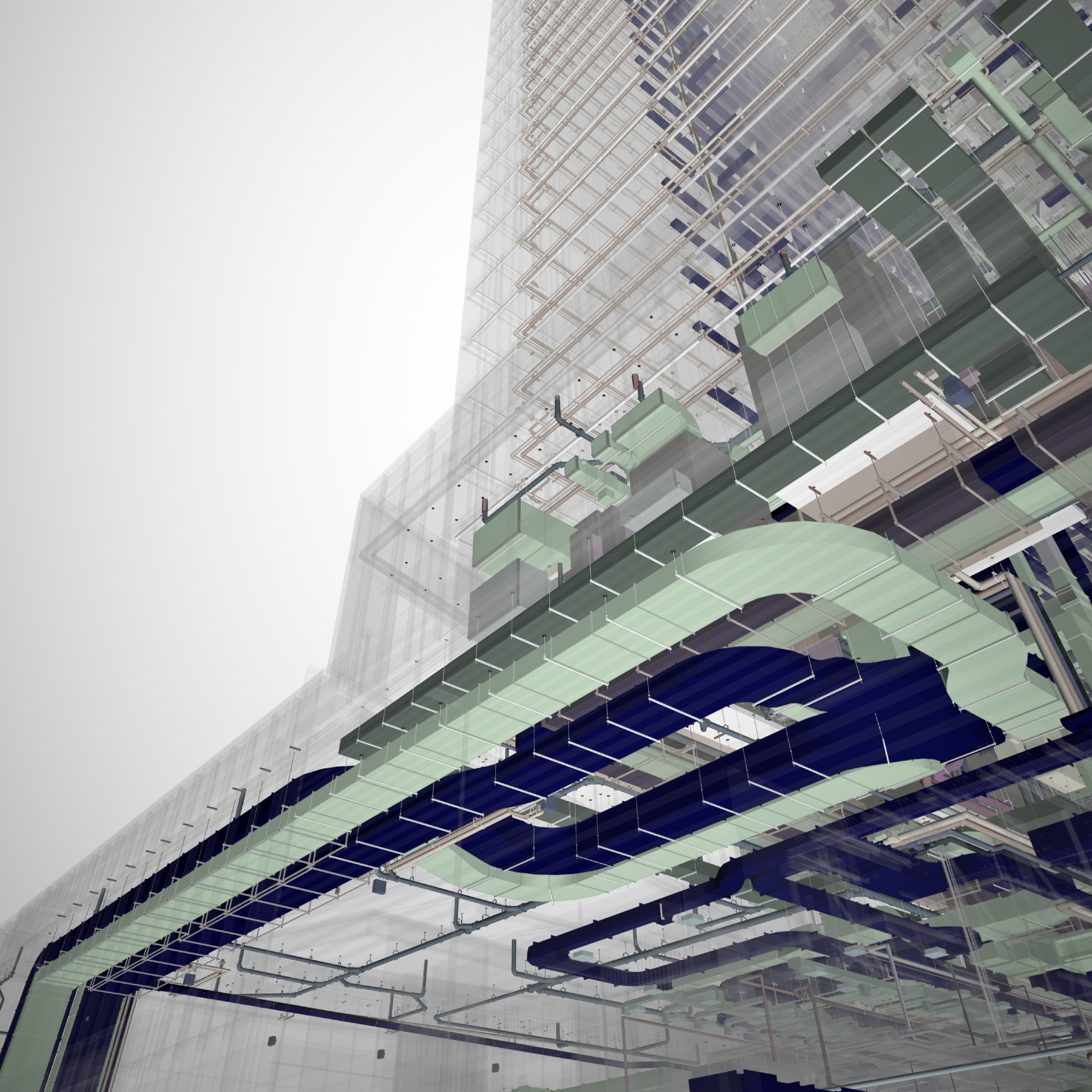 Building Innovation Research Centre (BIRC), formerly known as Building Tall, is housed within the Civil & Mineral Engineering Department at the University of Toronto. BIRC was established in 2015 with the goal of empowering the local construction industry to take full advantage of the latest innovative technological advancements. One of the primary research objectives of BIRC is to investigate the benefits of BIM-enabled solutions for the local governments and the Canadian architecture, engineering, construction, owners and operators industries (AECOO).

The implementation and uptake of BIM has gained global momentum over the last decade, with Canada being the only G7 country without a national BIM mandate as of 2019. The figure below was created by one of our graduate students (Yuan Cao) and illustrates the point. The size of the circle represents the proportional population of each country.

The lack of a consistent benchmark for BIM implementation in Canada was perceived as a contributing factor to Canada’s slow adoption of BIM mandates. To address this issue, BIRC first partnered with the Residential Construction Council of Ontario (RESCON) and Toronto BIM Community (tBIMc) in 2017 to conduct a survey within the local AECOO industries to uncover the impact of more than 100 factors on BIM implementation. Starting small, the 1st Annual BIM Report in 2018 focused on the Greater Toronto Area. Although this first report focused on only one economic region of Canada, it had encouraging support from the local industry with over 250 respondents to the survey and more than 20 in-person interviews.

Building on the success of the first report, and in collaborations with national BIM organizations (CanBIM and BuildingSMART Canada), the 2nd Annual BIM survey was distributed Canada-wide and received responses from 398 participants from coast to coast. The second BIM report, published in 2019, highlighted for the first time a comparative analysis of BIM implementation in different regions of Canada. Some of the highlights from the 2nd survey are presented next.

The pie-chart above shows the distribution of the respondents by province, and one on the right illustrates the same provinces by their contribution to Canada’s GDP. Given that these surveys were originally launched only in GTA, Ontario has a proportionally higher percentage of respondents even in the Canada-wide survey. In future iterations, we will engage more actively with industry partners in other provinces and territories to better represent the overall Canadian perspective on BIM. The assistance and active partnership of CanBIM, buildingSMART, and other national organizations will be paramount in achieving this goal.

Participants were asked about their knowledge and skills in BIM, with responses ranging from extremely confident to not confident at all. Compared to the 2018 report, respondents in 2019 had overall higher confidence in their skills and knowledge by 10 and 20 percent, accordingly. This was a substantial and unexpected improvement over just one year. We will continue to monitor this metric as we extend the reach of the survey within the industry.

Looking at regional variations, the lack of knowledge and skill is seen as a barrier by two thirds of respondents from British Columbia and three quarters of those from Quebec. Fewer than half of Alberta and Ontario respondents see this as a barrier. Instead, Albertans see the lack of senior management support to be one of the main barriers for BIM implementation.

Most respondents believe that BIM will become more prominent across various sectors of the industry. Approximately three quarters of respondents agree that governments, owners, and clients will either be insisting on BIM adoption or adopting BIM themselves. Compared to 2018 respondents, those in 2019 feel more strongly about the future BIM demands of clients, owners, and government agencies.

One of the challenges with the first two BIM reports was that they were mainly distributed by BIM organizations and therefore the results were biased towards the users of BIM and not an accurate representation of the overall AECOO community. In fact, the largest group of respondents represented the BIM industry (including BIM co-ordinators and visualization specialists) at 42% and those in architecture at 31%. The participation rate of engineers and those in construction each comprised 11% of respondents. The “Other” group included students, researchers, professors, facility managers, lawyers, and manufacturers, accounting for 5% of respondents. In future national surveys, more representation from owners, facility management, and government agencies will be encouraged.

In October 2019, and in collaborations with Daily Commercial News (DCN), Journal of Commerce, and several other industry organizations, the third annual Canadian BIM survey was launched. These organizations have a much wider range of membership within the AECOO community. The goal of the third Canadian BIM survey is to capture a more representative sample of the industry and to significantly improve the reach of the survey compared to its first two iterations. It is only through participation of the members of the industry that we can document, structure, and present the collective interest of the Canadian AECOO industries and, as such, we encourage everyone to participate in our third survey currently underway.