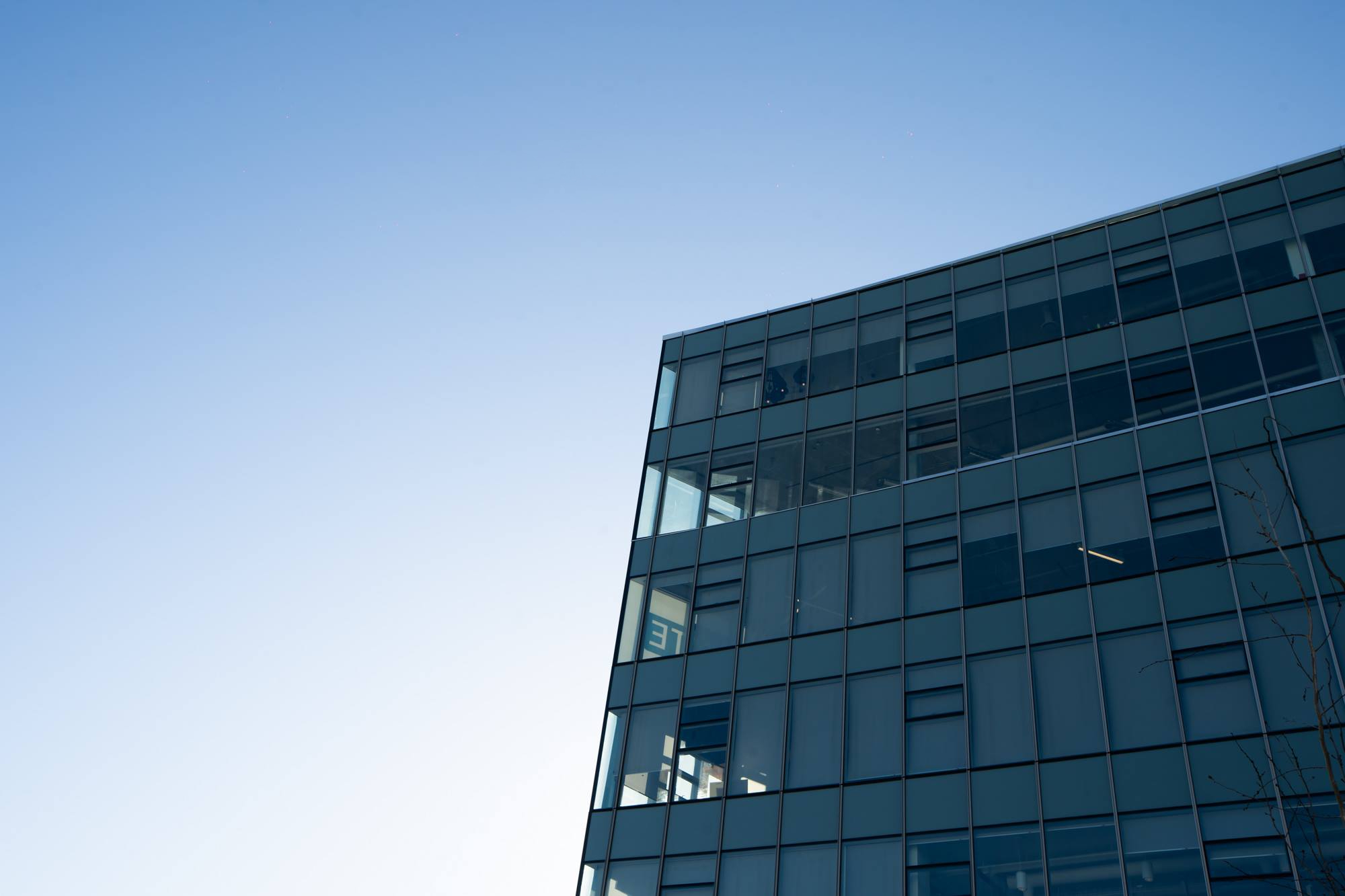 ‍CanBIM: Can you provide a brief introduction to your background?

‍I was born on a farm in Saskatchewan and graduated from the University of Saskatchewan with a degree in Biochemistry. I subsequently moved to Edmonton Alberta and worked for a cadre of prestigious research groups at the University of Alberta including the J.S. McEachern Canadian Cancer Society lab, the Mike James X-ray crystallography group, and Chembiomed ltd, an innovative biotechnology company formed in the Chemistry department by Dr. Raymond Lemieux, a prominent researcher at the time. From there my interest in computer systems led to invitations to join a series of technology start-ups doing everything from computer design to heavy equipment fly-by-wire controls and high-speed telecommunications. The last few years have given me the opportunity to develop an expertise in 3-D modelling, which I have applied to the building envelope manufacturing industry in an effort to solve some of their more pressing productivity issues.‍

CanBIM: Can you provide a brief introduction about Alberta Data Systems and its notable achievements?‍

Founded in 1987, Alberta Data Systems developed & sold integrated applications for inventory control, (including serial-numbered products and components, assemblies, & sub-assemblies); accounting and business management for Alberta businesses; and later transitioned to host the development of productivity software for the building envelope manufacturing sector of the construction industry.

‍CanBIM: Can you tell us more about the development of your solution and how it will evolve in the future?

‍Working for Claire Botkin, who at the time owned the largest Autodesk reseller in Western Canada, I was able to learn about the general state of manufacturing in Alberta and was particularly struck by the chaos and disconnect in the envelope manufacturing sector.

Each envelope manufacturer appeared to have a unique, homegrown approach to designing and assembling envelope technology. The envelope is typically the most expensive component of the structure it is applied to, and the waste and inefficiency tied to a lack of standardized methods in manufacturing and installation tend to have a disproportionate influence on construction costs.

In spite of being repeatedly admonished at events like ABEC meetings that the envelope manufacturers need to adopt more widely used methods of the manufacturing sector in general, no one has so far stepped up to help them go about doing this. Attempts to apply existing software to this problem have to date been met with only limited success.

I decided to research the question of how the prototyping methods of the greater manufacturing sector could be adapted to envelop manufacturing. I knew that the use of prototypes has a huge influence on reducing costs and increasing efficiency in manufacturing in general. To work in envelope manufacturing the prototype would have to be digital, as there is no practical way to construct a full-scale model of an envelope structure in physical reality. The digital prototype in this context facilitates automation, and together the two have the potential to transform this industry.

The AutoCladding method was built on top of Autodesk® Inventor® to avoid starting from scratch and uses Inventor as a kind of tool kit to facilitate tasks required for modelling an envelope structure. The choice of platform was serendipitous and could have just as easily employed Solidworks® from Dassault® Systemes®. The method is fairly simple to use and does not require extensive knowledge of Inventor. For panel technologies that start with frame profile drawings, the method relies on the automatic reading and interpreting of shop drawings and other sources of frame profile data that is cleaned up and then saved in a library of such components. The use of these libraries is not limited to a single project. It also reads and archives detailing such as the machining specifications for mounting each component. It can work with insulating panels, architectural panels, curtain wall assemblies and combinations of each. This data is then merged with geometry supplied in the form of 2 and 3-D sketches created by the modeller. Guided by design rules specific to each technology, the panel assemblies are created. This sketch data can be supplied in Inventor or any application that can support the DWG format. There is considerable freedom in the type of geometric form that can be created. The AutoCladding application can interpret the sketch(s), extracting profiles and assign them to sub-assemblies representing panels that can subsequently be used to populate a master assembly. This master assembly can be used in a number of ways, including the automatic generation of production drawings and DXF formatted data files to drive CNC manufacturing. Production drawing creation occurs at a rate of about 1 per second.

The master assembly, along with supporting data, forms an enduring record of the envelope and how it was created. This can be used for future upgrades or remediation of damaged components. Because the master assembly is almost never edited directly, it can be quite large and overcome some of the limitations traditionally imposed by processor execution speed and memory. Such limitations can be further mitigated with software techniques and carefully thought out project management.

The future will see this method applied to the analysis of envelope structures for performance code compliance and for use with laser scanning to extract and populate panel profiles from point cloud data so obtained.

This method could also be used by architects and designers to perform a cost analysis of individual designs and side-by-side comparisons of competing technologies. In addition, it could be used to drive higher levels of BIM functionality. With climate change and the escalating structural damage caused by increasingly dangerous climate-induced weather events worldwide, the need to reduce the carbon footprint of buildings and the need to create building technologies that can resist the effects of climate change is unavoidable and pressing. The digital prototype can facilitate the development of energy modelling techniques.‍

CanBIM: Can you share with us some of the projects where the AutoCladding solution has been used and tell us how it impacted the project’s workflow?

‍The Calgary Climbing Center projects are the only field deployment of the AutoCladdng method so far but showcases the impact of digital prototyping with real data in the context of an extremely challenging build. While the climbing wall panels generated by this method are not, strictly speaking, envelope components, they have comparable qualities. An envelope structure can be defined as a set of panels consisting of infill coupled to a mounting framework, and in this, the climbing panels are the same, with the exception that they must also bear the weight of people climbing on them. When we started this project, there was no manual or software-based method available to create the structures being imagined. Walson Tai, chief designer for the Climbing Center and the inspiration for attempting this, wanted to launch his climbing technology into the position of world leadership, and when I evaluated his goals, I concluded that adapting the AutoCladding method to their task with its digital prototyping and automated part generation was the only way to go. In sum, we were successful in not only doing something previously considered impossible but created a methodology that is both efficient and cost-effective.

The best example is a 35,000 sq ft facility in Calgary’s Canada Olympic Park that required thousands of panels, no two of which were exactly the same. Labour costs were substantially lower, partly because fewer people were needed in the manufacturing phase, and the level of expertise in the various software tools used was not a limiting factor.

Since then the method has been advanced to work with insulating panels and curtain wall assemblies, using real-world data and knowledge of several panel manufacturers and their workflows.

Another example used to test the capabilities of the AutoCladding method was inspired by the Mackimmie facility net-zero retrofit on the U of C campus. The central tower envelope was based on a double skin implementation, where the outer skin was mounted on a hauntingly complex framework. Creating the framework model prototype and the associated panels proved to be fairly straightforward using the AutoCladding method. As this was an experiment, I did not have access to the profile data of frame components actually used. Instead, I substituted frame technology from the online catalogue of Graham Architectural, without difficulty. This type of substitution is a feature of the AutoCladding method.

The AutoCladding method for building envelopes is now nearly ready for field trials of its application to the wider manufacturing ecosystem.‍

CanBIM: Can you share your thoughts about the evolution of solutions development like Alberta Data Systems in the wake of generative and parametric design, prefabrication and manufacturing? ‍

The AutoCladdng method is at the more extreme end of efforts to increase manufacturing efficiency for envelope components through automation. The design and function of shelter structures present a unique challenge for manufacturers in that there are never two identical projects, and the envelope technology is constantly evolving. There is also a trend towards more complex structures that challenge the capabilities of existing software and hardware to manage. I see this pushing the evolution of computer hardware and possibly even bringing parallel computing architectures into development. This could take the form of arrays of workstations with software that can take advantage of the locality of reference in the model data to distribute and merge compute-intensive tasks such as thermal conductivity analysis. The climbing walls created by the Calgary Climbing Center were implemented using aspects of generative design, particularly in the placement of mounting hardware and in the creation of mitre joints between adjacent edges. These features were far too complex to be specified manually. In general, the development of generative and parametric design processes represents recognition by industry that increased automation in the manufacturing sector is inevitable and necessary.‍

CanBIM: What do you see as the most pressing future trends in this regard?‍

Climate change and our desire to survive it is driving innovation in the building construction industry and will continue to grow as the primary influence in design choices. Carbon footprints can be reduced through technological innovation, and keeping the weather caused by climate change at bay will similarly depend on technological advancement in this ecosystem.  Making buildings cheaper to design and assemble frees up resources to engage more sophisticated means, materials and methods in addressing future construction challenges.

There is also the issue of having a skilled workforce available to take up the challenges of more complex structures designed with increasingly demanding software. Keeping a lid on software complexity, but more importantly, automating common and repetitive tasks is essential.‍

CanBIM: What is your view regarding the work CanBIM is doing, and what are your expectations from this collaboration?‍

I see CanBIM as a forum for bringing together disparate sources of innovation to be viewed by the industry as a whole. In this way, ideas evolve, receive a critical review, and hopefully gain traction in solving the most important problems facing humanity, one of which is the form and function of structures we shelter in, and how we get them built.