From engineering freeform timber structures to building some of the largest mass timber buildings in North America, use of technology and automation is at the core of StructureCraft’s project delivery method.

This presentation will focus on three challenges that we are addressing with technology:

Attendees will also see a brief peek into the future showcasing use of AR in our manufacturing process. 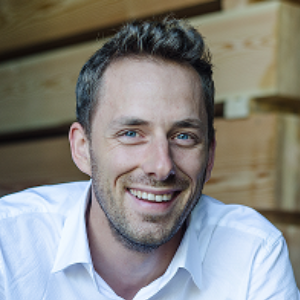 Lucas is a structural engineer with ten years of experience working in Canada, the UK, and New Zealand. After graduating from UBC, he spent several years working for StructureCraft, where he was responsible for modelling several large-scale timber projects including the 2010 Olympic Speed Skating Oval roof structure. Following a desire to explore abroad, he moved to London, UK for 5 years to work for Buro Happold. While there, he worked with some of the world's leading architects designing a range of projects including London's Olympic Stadium and a 300m (1000ft) tower in Kuwait. He then moved to New Zealand, working there on several seismically challenging projects for 2 years prior to returning to Canada.

His expertise with complex geometry and challenging structures has led to involvement in projects where the close interaction of architecture and structure is critical to the success of the project. Lucas has been an invited speaker and guest lecturer at both ETH Zurich and the Architectural Association in London.

Lucas has had a lifelong exposure to timber, working at StructureCraft from a young age on the shop floor. He has since been involved in many of the company's signature projects, including the sweeping 200m (650ft) long Arena Stage Theatre facade in Washington, DC and an 80m (265ft) clear span footbridge in Banff, and now leads the engineering department at StructureCraft.

The rich text element allows you to create and format headings, paragraphs, blockquotes, images, and video all in one place instead of having to add and format them individually. Just double-click and easily create content.

How to customize formatting for each rich text

Headings, paragraphs, blockquotes, figures, images, and figure captions can all be styled after a class is added to the rich text element using the "When inside of" nested selector system.